The legendary Polish light-heavyweight fighter, Carol “Cebula” Celinski, returns to the cage on November 15th! Across the cage from him will be Dutch fighter Sami Antar.

Radoslaw Paczuski, world kickboxing champion, finished his previous ACA fight with an explosive knockout. Now, he’s en route to his third challenge inside the ACA cage versus another former kick-boxer – Daniel Płonka. This matchup is guaranteed to have some brutally awesome standing exchanges, don’t miss it!

Mateusz Łazowski, who made a spectacular debut earlier this year is in pursuit of his second KO in the ACA League. On the 15th of November he will face Pszemyslav Dzwoniarek. 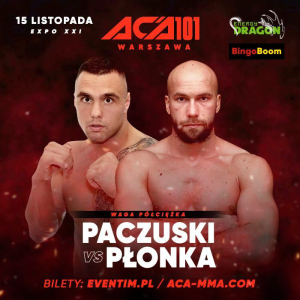 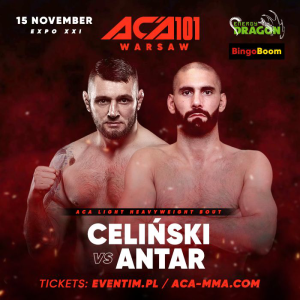