Hello Nandor, firstly thank you very much for your time.
You were away from the MMA scene for quite some time. What were you up to?

I was away from the mms scene because in my work it changed a lot and it’s very hard to make a fight preparation. I work one week 100 hours or more and one week I have free. So when I have a 6 week preparation for a fight I need 3 months to prepare before the fight.Thats very laborious because I have no private life when I train 2 times a day and nobody wants that for three months. That was the reason that I didn’t fight again and that’s why it is my last fight! I want to have more time for my family. I had a nice career but now there are more important thinks in my life to do.
You have the upcoming ETTL BROS CAGE even in Graz scheduled for January as your farewell show. What prompted you to take that decision?
I took this decision because it’s a nice last fight in my career to fight against a legend like Ricco Rodriguez.

Your opponent is Ricco Rodriguez a former UFC champion, certainly a strong adversary. What are your preparations for the fight like?
I trained everything for this fight. Ground and stand-up defences for his techniques and all skills what I will use for the fight. 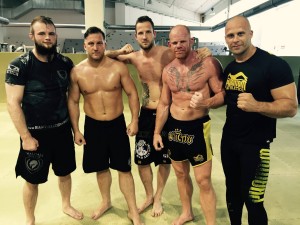 I’m must say that as a fan and a friend I am saddened by the fact that this will be your last match. What are your feelings about leaving the ring?

What I feel when I leave the ring I will know when the fight is over and Iactually eave the ring! 🙂 I think it won’t be easy. I must look forward to other things in my life, focus on making the next step (family, building a house). 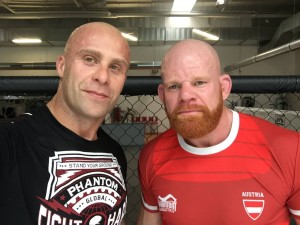 With STRIKEFORCE and UFC you competed on the highest performance level. What are your memories of that times?
The memories are great. I can say that I compete in best organisations in the world and I am proud of that. 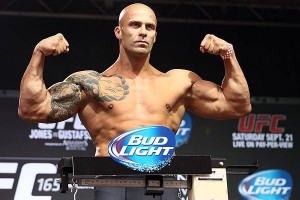 What are your memories of beating many big names in from of Slovenian crowd?

My memories of the Slovenian crowd are positive. They always motivated me to be better and better!

What will Nandor do when he is retired? Maybe work as a trainer in MMA?
I will spend a lot of time with my family and my son. I will start to build a house after this fight, I will work in my job as an bodyguard and for sure I will teach mms in hungary.Once a week, because I worked enough in that department.:)

Perhaps a message for our readers in Slovenia ?
Thank you all for your support. The fans are the one who give the fighter the power and motivation to be better and better. They are one of the nicest thinks thata fighter remember in his career. That’s simply because we spend the whole career together! Thank you!
Come next Saturday to support me in Graz and let’s make my farewell unforgettable.

Thank you for your answers and all the best.
Thank you so much ! 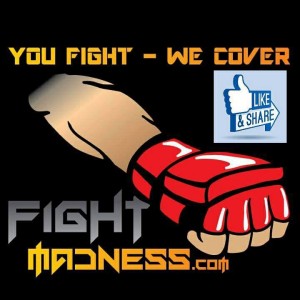