You just confirmed new fight this time in Trieste what can we expect from you ?
LUCA:
“For me it will a very busy time, I have a fight already accepted for February 21 and after three weeks I will be in Trieste … but fight against Lemmy is very important and will give my best! ”

Month ago you win the champion belt in Italy your feelings ?
LUCA: »it is always a pleasure to fight in front my home crowd, but I’m a professional fighter, and I don’t stop to celebrate too, I immediately think to match next » 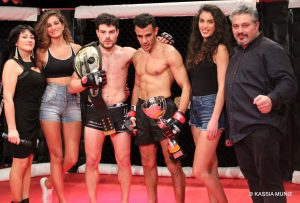 Where do you preparing for the fights ?
LUCA: »as always, the striking and the game-plane will prepare to the Advanced Team of Pordenone with my father and master Gianpaolo Puggioni. As for BJJ and Wrestling follow two experienced coach from Udine: Marco fabris and Martino Moroldo.’

Your opinion about the event in Trieste and Gotti promotion ?
LUCA: »Events in Trieste are very spectacular, attracting much public and reserve a good treatment to athletes. Gotti you see that it takes heart and commitment in the organization, I have fought for him and I gave him a match of great entertainment! Iwill be happy to fight for him! » 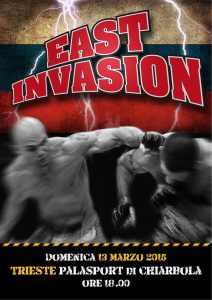 In Trieste your opponent is dangerous Lemmy Krušič with impressive score 17 w 5 l what do you think about him ?
LUCA: »I fight from 5 years, I was traveled from Brazil to Russia against very strong fighters and often much heavier than me. No opponent scares me, all I can beat. Lemmy is a great fighter who I got to know in person. I am happy to stay on the ring with him. »

Your message to the spectators and your fans ?
LUCA: »We are two very experienced fighters … it will be fun! Don’t miss it! » 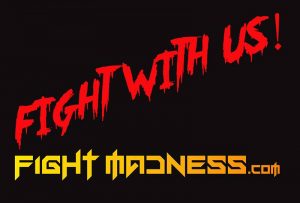