World Lethwei Championship (WLC)was founded by prominent Myanmar businessman, Mr. ZayThiha and it started its first show, WLC: The Great Beginning, on 3 March 2017. Since the first spectacle, WLC persuaded the biggest names of the sport to fight in its promotion and always welcome constructive criticisms from the fans and experts of ancient traditional martial art.
The promotion is mixing the art of nine limbs with state-of-the-art entertainment techniques and brought Myanmar’s combat sport to the world level. For the first time in lethwei history, WLC replaced the local judge announcer with world-class commentators for the international audience and all fans recognized it as a big change in the sport.
WLC struck a deal with CANAL+ across all its territories acround the world to broadcast its events starting from its sixth show, WLC: Heartless Tigers and it is also a milestone for the lethwei industry.
In 2019, WLC signed an agreement with UFC Fight Pass, the biggest digital platform for combat sports. The promotion’s first spectacle of the year, WLC: MIGHTY WARRIORS was the very first lethwei show to be air internationally on UFC Fight Pass.
At the same time, WLC signed the sport’s biggest superstar Dave Leduc and on 2 August 2019, Dave Leduc debuted with the promotion taking on UFC veteran Seth Baczynski for the inaugural Cruiserweight World Lethwei Championship at WLC: KING OF NINE LIMBS. That spectacle was the first show which featured two championship title bouts and it won SPIA ASIA’s Bronze Award for the Best Tourism Destination Campaign of the Year. It was also nominated for the Best Sports Programme Award at the Asian Academy Creative Awards.
Even through the successes, the organization continued to focus on promoting the sport for international viewers, and now its spectacles are broadcasting over 100 countries around the world, with key broadcast partners like Amazon Prime (UK), Bayon TV (Cambodia), Arena Sport (Baltics), Titan Channel (Spain) and Fox Sports (Asia). WLC also became a go-to destination for world-class fighters, and the matchups of the fights are more interesting than ever.
After the promotion’s thirteenth show, WLC: Lethwei Showcase, WLC is gunning to present the most entertaining show of its history and it will be announced soon. 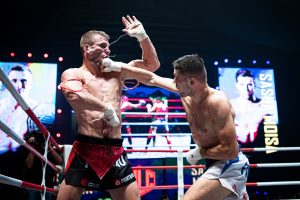 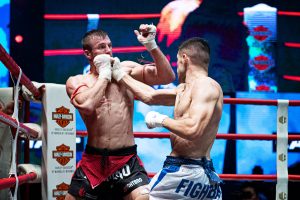 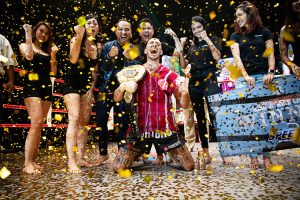